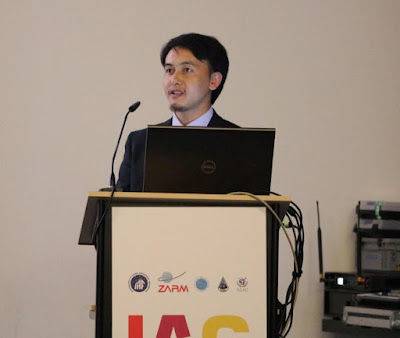 
Bhutan, a landlocked Himalayan kingdom, remained in self-imposed isolation until late 1960s. Ending its isolation, Bhutan embarked on the process of socio-economic development. One notable development on the information and telecommunications front is the introduction of internet and television services in 1999. A little less than two decades later, Bhutan has its first ever satellite, designed, built and operated by Bhutanese engineers, in space.

Deriving inspirations from His Majesty The King’s vision, Bhutan joined BIRDS-2 project in late 2016. The project is a second in series of BIRDS project in Kyushu Institute of Technology. BIRDS project is an international collaborative platform, supported by Japan and specifically targeting non-space faring countries, to have hands-on experience on designing, developing and operating 1U CubeSats. The BIRDS project, with third in series so far, has supported nine countries to launch their country’s first satellite or first satellite of a university in few cases. The list of countries includes Bangladesh, Bhutan, Ghana, Malaysia, Mongolia, Nepal, Nigeria, Philippines and Sri Lanka. The end goal of the project, however, is for the trained engineers to return to their country and start a sustainable space program in the country. To that end, project country partners are expected to develop at least a CubeSat level satellite by their own resources, engineers and project management.

Four Bhutanese engineers participated in BIRDS-2 project, while also being enrolled in master’s course in Kyushu Institute of Technology, Japan. Just in over a year, development of 1U CubeSat was completed and was launched on 9th June 2018 from Cape Canaveral Air Force Station in Florida, USA in Falcon 9 rocket of SpaceX. The satellite is intended to achieve five missions including taking pictures of the homeland. Throughout the various stages of development, the team received support from the government, media and public at large. The first ever workshop on satellite and space was also held in March 2018 focusing on ‘Bhutan’s First Satellite Project: BHUTAN-1’, graced by the prime minister of Bhutan.

While Bhutan’s human resource development in space is recent, the use of services and products of space, from other countries, in various sectors is not new. Being a developing country, space has been used to address challenges faced in social, economic and environmental fronts. The space is used in fields like weather and flood forecasting, climatic data collection, emergency communications, cadastral mapping, and telecommunications among others. Most of the sectors avail paid services and products of space from outside the country. Because of the enormous role space has in achieving Sustainable Development Goals (SDGs), especially for a developing country, it is important that the country has human resources to carry out the missions and to use the services and products, while also focusing on streamlining and supporting the future of space activities in the country. 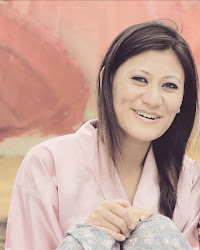 Hello, I am Dechen. Thank you for dropping by.